Nguyen Chi Thien was born in Hanoi on February 27, 1939. His father, Nguyen-Cong Phung (1898-1976), was a clerk in the Hanoi Tribunal. His mother: Nguyen-Thi Yen (1900-1970), was a traditional housewife and little merchant. The family fled war in Hanoi to their natal village My-Tho, in the district of 4 Binh-Luc, Ha-Nam Province, northern Viet Nam on December 19, 1946, and returned in 1949. In 1956, after completing high school at private academies (very common for the time), Thien and his parents moved to Haiphong to live with his elder sister and family. Ill with tuberculosis, Thien read his own education and began to compose poetry for his friends. These poems became more and more critical of the Communist regime as that government grew more repressive on its citizens and waged war on South Vietnam.
Nguyen Chi Thien was a political prisoner of the Communist regime in “re-education” prison camps and the Hanoi Central Prison for twenty-seven years between 1961 and 1991. During this time he composed poems in his memory, denied paper and pen. During a brief period of release Chi Thien wrote down and brought his manuscript of 400 poems, “Hoa Dia Nguc,” to the British Embassy in Hanoi on July 16, 1979. He was refused asylum and arrested outside the gate. He was imprisoned for a period of twelve years, the harshest of his incarceration.
The manuscript was sent to the University of London, in care of Professor Patrick Honey (1925 – 2005) In 1980 the poems were published in newspapers and books by Vietnamese exiles in the USA. In 1982 “Prison Songs” were published in English, French, and Vietnamese by Que Me (Action for Democracy in Vietnam). In 1984 “Hoa Dia Nguc” (Flowers from Hell) was translated into English by Huynh Sanh Thong of Yale University and a bilingual edition which re-established the Vietnamese Studies program (Lac Viet #1) published. In 1985 Nguyen Chi Thien received the International Poetry Award in Rotterdam. It was not known if he were alive or dead, or where he was imprisoned – in fact at the Hanoi Central Prison since 1979. He was moved to the interior jungle in 1985 and nearly died of starvation and solitary confinement.
Amnesty International began a letter-writing campaign as early as 1981, when the name of Nguyen Chi Thien headed their list of Prisoners of Conscience in North Vietnam. In 1988, after a hearing about his arrest in 1979, his plight was broadly publicized by Amnesty International and Human Rights Watch. His sister, Nguyen Thi Hao (1924 – 2004) sent his photograph to Vietnamese refugees abroad asking for help. Many letters of protest were sent to the Vietnamese
government, including the President of Senegal Leopold Senghor (also a prison poet), King Hussein of Jordan, and Prime Minister John Major of the United Kingdom. By 1990 Thien was moved to the Ba Sao prison camp and given medical attention. In October 1991 he was released to the care of his sister in Hanoi, just ahead of inspection by the International Red Cross.
Nguyen Chi Thien immigrated to the USA on November 1, 1995, in the care of his brother, Nguyen Cong Gian (1932 – ), who had been a Lieutenant Colonel in the South Vietnamese army and an adviser at the Paris Peace Accords in 1972. Mr. Gian was the only member of the family to migrate to South Vietnam in the 1954-1955 open border period. He was imprisoned for thirteen years after 1975. Mr. Thien’s first action was to write down and publish the poems he composed in prison since 1979 in a second Hoa Dia Nguc. They were translated and published in bilingual editions by Nguyen Ngoc Bich of Virginia in 1996.
In 2005 Nguyen Chi Thien was the first featured author in the Viet Nam Literature Project, writing his “Autobiography” in English (www.vietnamlit.org), which has since been published in Beyond Words: Asian Writers on Their Work by the University of Hawaii Press (Manoa Journal). In 2006 a complete edition of the 700 “Hoa Dia Nguc” poems composed from 1957 to 1996 were published in Vietnamese by the East Coast USA Vietnamese Publishers Consortium.
Nguyen Chi Thien received an International Parliament of Writers Award in 1998, living in France for three years and writing in prose, Hoa Lo Tap Truyen. The seven stories of actual events and persons were published in Vietnamese in 2001 in Virginia and reprinted many times. English translations were published by Yale University Southeast Asia Studies as the Hoa Lo / Hanoi Hilton Stories in 2007. Two of these stories are published in bilingual English and Vietnamese text by Allies for Freedom publishers of Palo Alto, California, in 2008, entitled Hai Truyen Tu – Two Prison Life Stories; Nguyen Chi Thien’s prose in bilingual text. ISBN 978-0-3638-6-5.
The poet is, since 2004, a U.S. citizen, living in Orange County, California. In early 2008 his original manuscript was returned by the widow of Professor Patrick Honey of the University of London, who gave it to a Vietnamese professor in Britain for this purpose. The poet was a familiar figure, striding through Little Saigon, sipping tea, sharing wisdom, his head covered with his trademark fedora. He liked to read through the night, not too tired to dissect a bit of homeland politics.

He lived simply, renting rooms in other people’s homes, wearing the same suits for appearances, offering thanks for gifts of fruit and books. Early Tuesday, he died just as quietly in a Santa Ana hospital after suffering chest pain. Nguyen Chi Thien, 73, the acclaimed author of “Flowers From Hell,” was revered for his modesty and creativity, thriving through 27 years of imprisonment, much of it in isolation.

“For him to live that long, in an existence that dramatic, is precious,” said Doan Viet Hoat, a friend and fellow democracy activist.

“I think his whole life has been a lonely life, and it touched his thinking,” he said. “It made him the person he is. And he is someone who understands humanity, society and the regime” in Hanoi.

In 1960, while working as a substitute teacher at a high school in his homeland, he opened a textbook stating that the Soviet Union triumphed over the Imperial Army of Japan in Manchuria, bringing an end to World War II. That’s not true, he explained to students. The United States defeated Japan when it dropped atomic bombs on Hiroshima and Nagasaki.

Nguyen, born in Hanoi on Feb. 27, 1939, paid for his remark with three years and six months in labor camps, charged with spreading propaganda, according to the online Viet Nam Literature Project.

In jail, Nguyen began composing poems in his head, memorizing them. Police arrested him again in 1966, condemning his politically irreverent verses, distributed in Hanoi and Haiphong, and sending him back to prison, this time for more than 11 years. He was released in 1977, two years after the fall of Saigon.

In 1979, he walked into the British Embassy in Hanoi with a manuscript of 400 poems, according to the Viet Nam Literature Project. British diplomats promised to ferry his poetry out of the country.

Jailed again, he spent the next 12 years at Hoa Lo prison — infamous as the Hanoi Hilton.

While he was locked up, his collected writings were published as “Flowers From Hell,” initially in Vietnamese, then translated into English, which helped him win the International Poetry Award in Rotterdam, Netherlands, in 1985. An anthology of his poems later became available in French, German, Dutch, Spanish, Chinese and Korean.

“He represents a devotion to imagination and to intellect. He was very concerned with what I consider to be a great theme of Vietnamese literature — piercing beyond illusion,” said Dan Duffy, founder of the Viet Nam Literature Project.

“He not only survived all those years” in captivity, Duffy added, “he glowed with special insight.”

By 1991, as socialism crumbled in Europe, Nguyen emerged from prison with a worldwide following. Human Rights Watch honored him in 1995 — the same year he resettled in the United States.

“He couldn’t sit still too long, for he had been forced to be still. His life became his work. He’s still here. He’s immortal,” said Jean Libby, who launched vietamreview.net and who edited Nguyen’s prison prose, “Hoa Lo/Hanoi Hilton Stories.”

Nguyen was hospitalized at Western Medical Center in Santa Ana and underwent testing for lung cancer when he died. He had tuberculosis as a youth.

“He accepted the coming death. His mind and his spirit were always open,” said author and human rights activist Tran Phong Vu, who remained at his friend’s hospital bedside. The men had taped a TV cable show together on Vietnamese current events, sharing a final meal of My Tho noodles, just days before Nguyen’s passing.

Nguyen never married and had no children.

But his work, stanzas that became as familiar as songs, keeping his soul alive in the darkness of confinement, continue to move the Vietnamese immigrant generation — and their sons and daughters. As translated by the journalist Nguyen Ngoc Bich, he wrote:

There is nothing beautiful about my poetry
It’s like highway robbery, oppression, TB blood cough
There is nothing noble about my poetry
It’s like death, perspiration, and rifle butts
My poetry is made up of horrible images
Like the Party, the Youth Union, our leaders, the Central Committee
My poetry is somewhat weak in imagination
Being true like jail, hunger, suffering
My poetry is simply for common folks
To read and see through the red demons’ black hearts 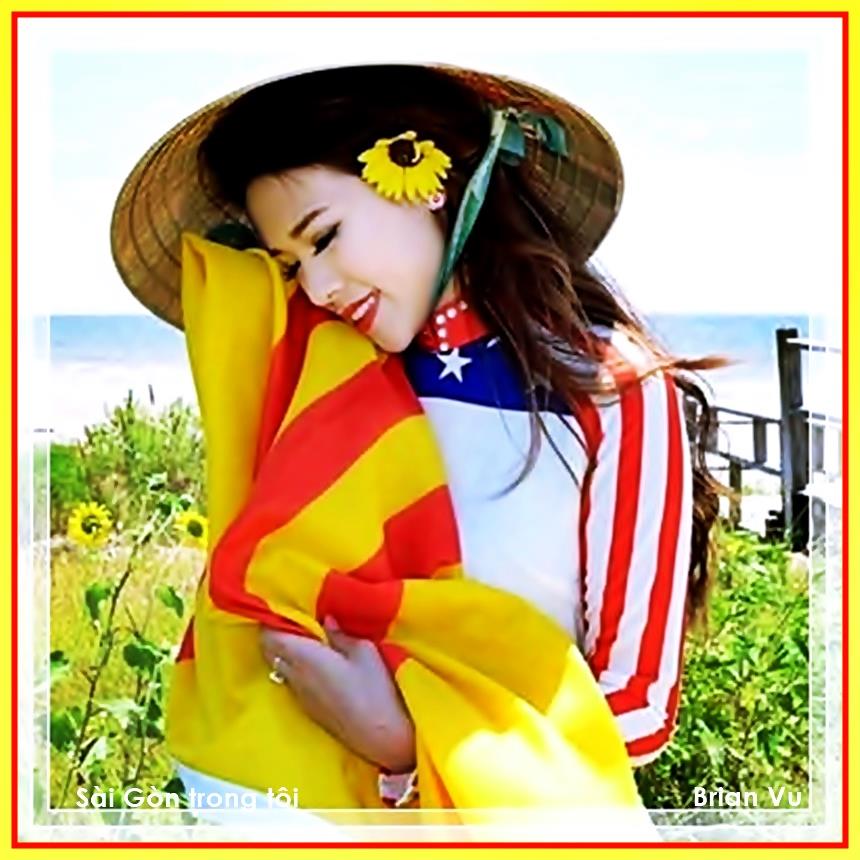 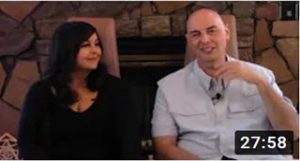 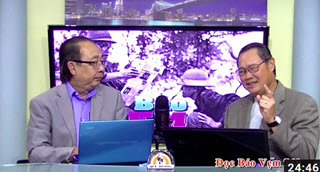 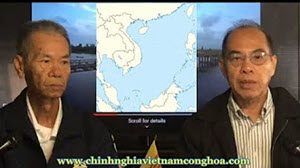 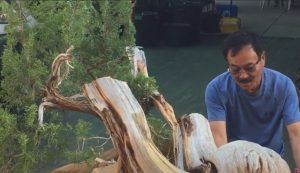 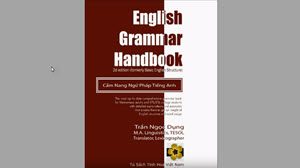 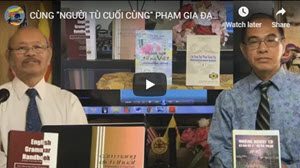 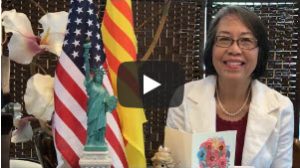